People that know me are well aware of my passion for cycling.  I ride all year and in all kinds of weather (as long as the temp isn’t too far below my age).  I race cyclocross in the fall, and a few mountain bike and road races in the summer.  Over the years I’ve been fortunate to build up a great group of riding buddies and I’ve been riding on the Horizon-Panache club team because I race a bit and I like having the team commraderie to push me beyond what I’d likely do on my own. 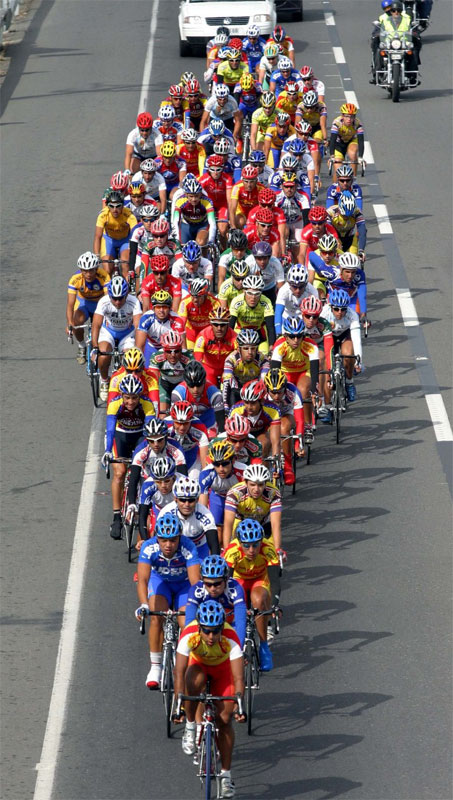 A week or so ago we had a team meeting with all the guys, club and elite team all in the same room; hacks like me all the way up to former pros and olympians.  One of the topics discussed was keeping consistency of pace.  This in no way means going slow (remember this is a race team that aims to win), its more about efficiency and energy.  Cycling is an individual sport that relies on the pack or peleton to succeed.  We form compact groups of riders to shelter each other from the wind and elements.  By individuals taking turns "pulling" on the front the pack itself goes much faster and at the same time conserves a ton of energy.  We travel far faster and much further as a group that any individual could ever do on his own.

Back to the point about consistency of pace.  If one in the group feels stronger than the others and he pushes the pace too hard, then the rest of the group will eventually come apart.  Some may try to hold the faster pace and blow up eventually, others will hang on until the pace-pusher runs out of steam and then he will eventually blow up.  In any case, the group will thin and therefore be less efficient and ultimately less fast over time.

BUT.. and here’s where it gets complicated.. at the same time its exactly this pushing of the pace that is required if you want to go fast and win.  So how you push the pace is the key.  It works when the changes are subtle and deliberate.  Ratcheting it up rather than jumping off the front or "half-wheeling".  The pack will respond as a whole when the changes are incremental and shared. Sure, some people may get dropped off the back, but that’s cycling.

Its also a metaphor for building a successful team in business.  There are always people stronger or smarter, or that work harder or know more about something than the others.  Its ok for some of them to jump "off the front" and "attack" from time to time.  I think companies are built by successful teams and they work better and faster when they do so together and towards a shared or common goal.  Some people get dropped when the pack accelerates together and that’s ok, it happens.  But shattering the peleton because of an erratic pushing of pace doesn’t help anyone in the long run.

Its been a while.. and I miss not writing some of my hairbrained thoughts.  Turns out the past few months have been busy for me, not the least of which because my wife and I went to China and adopted a baby boy.  Its

I hear this alot, particularly in the start-up world: "fail fast".  I’m not exactly sure who popularized it, perhaps it was my friend Brad Feld.  I’m pretty sure Brad didn’t mean that failure – and doing